ABOUT OUR COMMERCIAL OPERATION

Hydro Attack is an owner-operated business run by two Queenstown locals – Lee Exell and David Lynott. In November 2013 Hydro Attack Queenstown began offering commercial rides in the Seabreacher X watercraft making us one of the newest activities in Queenstown and the first commercial Seabreacher operator in the world.  Since then we have thrilled over 30,000 satisfied passengers. Now with the addition of the Leopard shark in October 2018 we have six Seabreachers in our fleet. 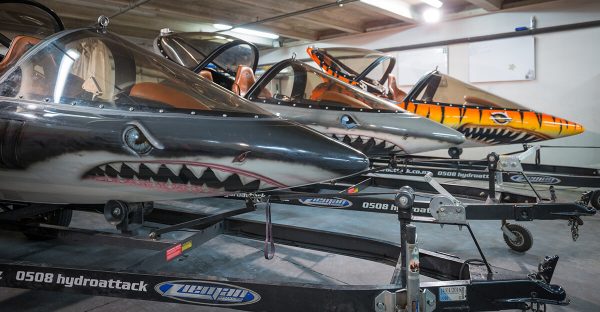