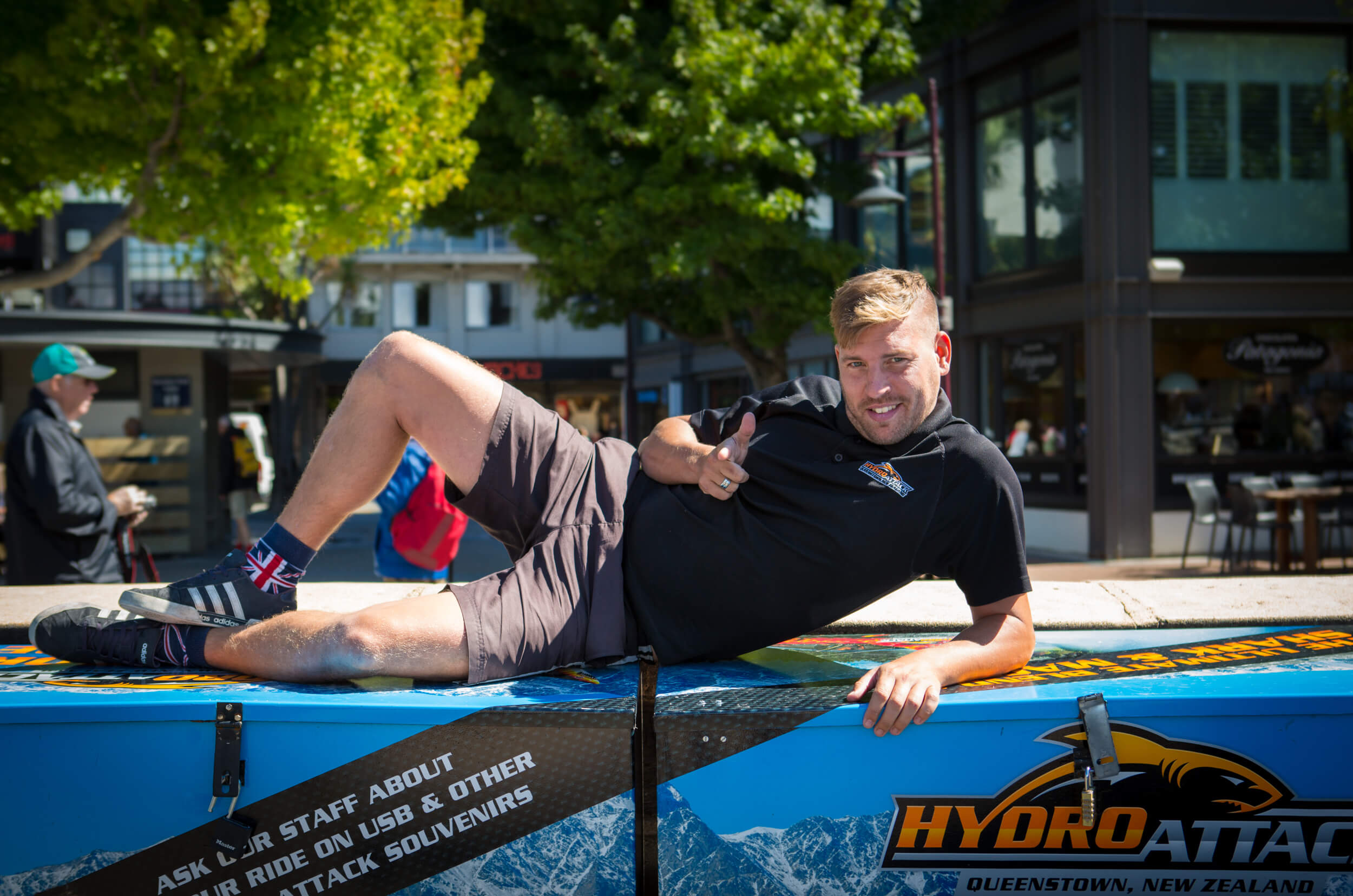 Dinga is definitely the pilot who is up for anything, including a good laugh. Last October he jumped off the wharf fully clothed to retrieve an unopened bottle of Speights that fell in the water. That’s why he’s the first of our staff members profiled in our new ‘meet the pilot’ series.

Where’s your favourite place in the world?

Licked a rectangular battery, oh and cycled alone to South Africa from Southampton once but no one really knows about it.

If you were a crayon what colour would you be?

What’s your favourite free thing to do in Queenstown?

Camping with a few beers, preferably other people’s beers to make it ‘free’.

What’s the best thing about being a shark driver?

Losing weight in the summer and keeping warm in the winter, and wearing shorts all year round.

Which shark is your favourite to drive?

Frank (the mako shark). I named him and he’s mine!

Mother told me not to burn the candle at both ends but I try my best to do so.

I don’t really have an idol but I live my life as an amalgamation of Peter Pan and Robin Hood.

If you could have any superpower what would it be?

The ability to make people poo themselves by looking at them.

Groundskeeper, he devotes his life to the future of the day. (Editor’s note: I assume he means Groundskeeper Willie from the Simpsons but with Dinga who knows.)

It’s a secret so I can’t tell you.