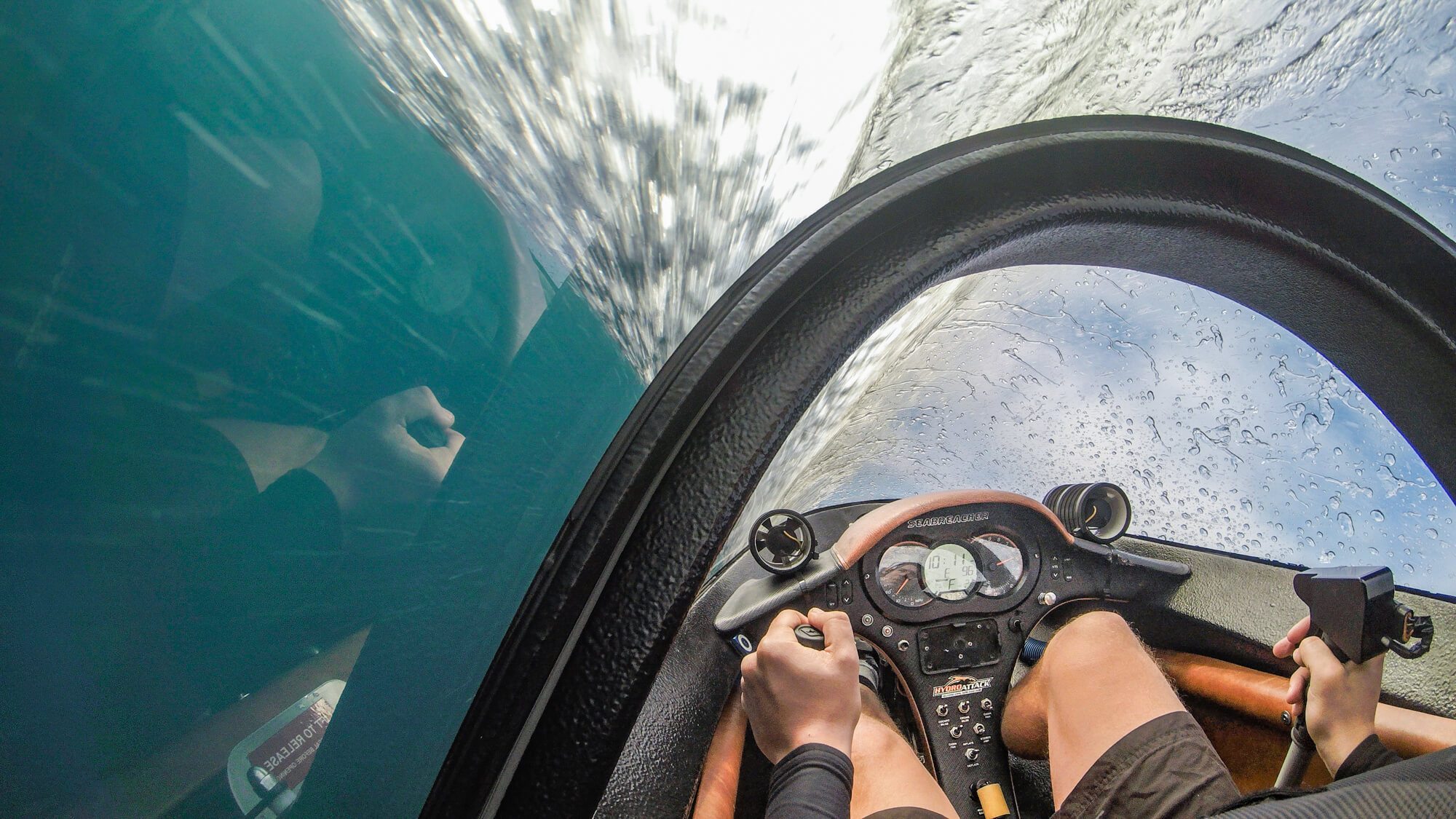 Our pilots might make it look easy but delivering an adrenaline-packed thrill ride in a Seabreacher X shark is harder than you think. Lots of people have asked us about how we control these amazing machines so here’s a quick run down.

We often describe a ride in the shark like being in a stunt plane in the water and the controls have more in common with a small plane than a jet ski or a boat.
Each morning and evening each shark gets a pre launch and post launch check similar to the pre flight check a pilot might do for a prop plane or a helicopter. There are also a range of sensors on the dashboard monitoring different parts of the machine while it’s in action. The displays on the dashboard tells the pilot their speed in miles per hour, the engine revs, the time, fuel consumption, the reading from the digital compass. The main screen is also the display for the engine’s computer.

ARM LEVERS CONTROL THE SIDE WINGS
The two arm levers independently move to control both port and starboard wings which are comparable to ailerons on an aircraft wing. Pushing both levers forward, in combination with lots of power and pressing your toes forward in the foot pedals, forces the boat under the water. The pilot uses a toe/heel motion with the foot pedals to keep the shark level during a dive. Pulling the arm levers back and pushing in your heels as the craft breaches the surface launches the craft into the air. It isn’t easy to keep the very buoyant watercraft under the water and it takes skill and timing to get the sharks to jump vertically into the air. Learning to jump and dive correctly is generally the hardest part of shark pilot training.
The arms are also used one at a time to control the rolls that turn the shark on its side. 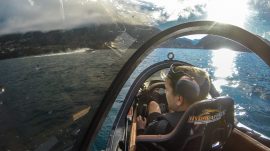 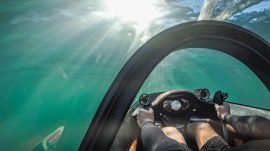 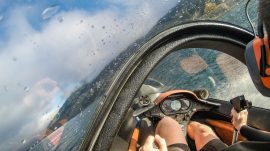 THROTTLE, FORWARD & REVERSE
The throttle is located on the right arm lever and controls the acceleration of the boat. On the left hand side is a small separate lever that controls forward and reverse.

So there’s a lot to think about while you pilot a shark –  you have to be pretty smart – Border Collie smart.

If you think you have what it takes to be a shark pilot you can also check out our current vacancies here. 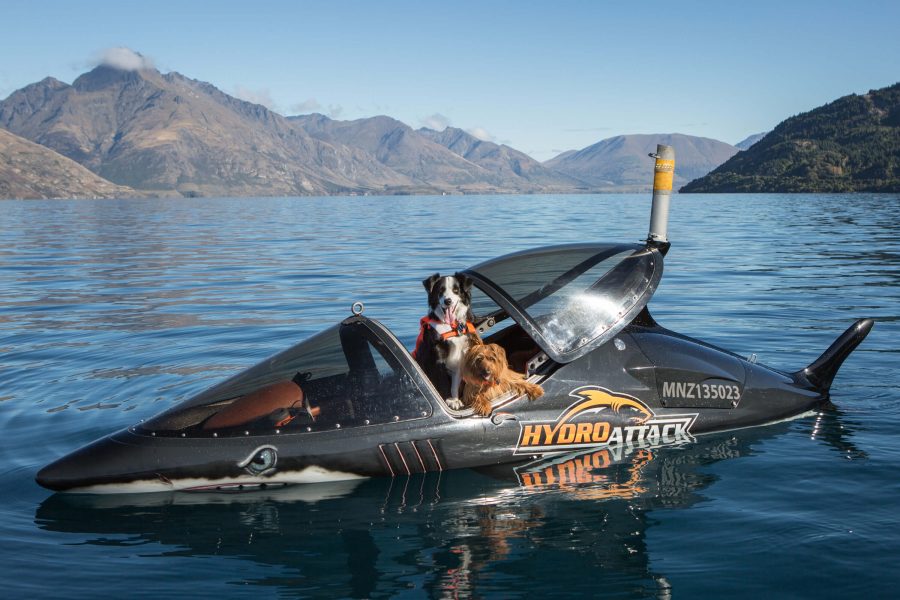